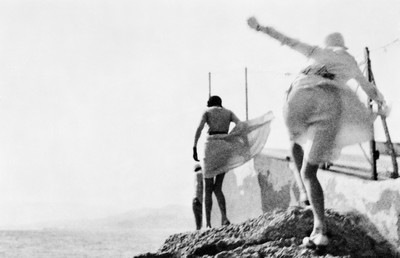 Fundacion "La Caixa" Social Outreach Programmes presents the first major anthological exhibition devoted in Spain to Jacques Henri Lartigue (Courbevoie, 1894 - Nice, 1986), without doubt one of the greatest photographers of the last century. A Floating World. Photographs by Jacques Henri Lartigue (1894-1986), illustrates the interests of a man devoted to exploring, with the greatest sensitivity and under an appearance of happiness and nonchalance, the emerging concerns of a period marked by radical change.

Jacques Henri Lartigue’s photographs date to a period that was shaken by events and great social changes (World War One, the Russian Revolution, the Nazi occupation of France, and so on), yet he does not focus on such conflicts. On the contrary; he seeks to portray innocence, spontaneity and the joy of being alive. 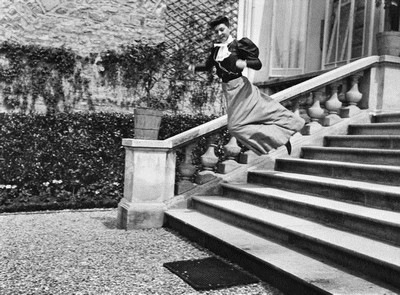 
Reflecting the artist’s fragile, moving gaze, the exhibition  A Floating World. Photographs by Jacques Henri Lartigue (1894-1986) also depicts the new lifestyles that emerged during the early-20th century, when women began to play an active role in society and technological progress generated new forms of leisure. 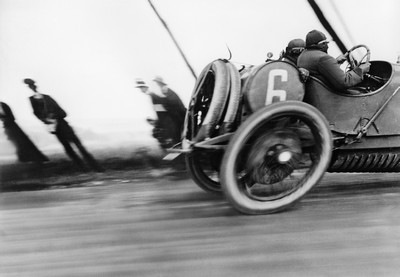 The fact that Lartigue took photographs for his own pleasure has made it impossible for either curators or critics to really classify his work. As a result, his photographs are usually presented in chronological order, or grouped by theme. On this occasion, however, the organisers have decided to go one step further and to demonstrate, from a approach never before taken with this artist, the extent to which these images, admired for their grace and beauty, form a unique document that illustrate a period and a way of life that have since disappeared; that of the French bourgeoisie in the last century. 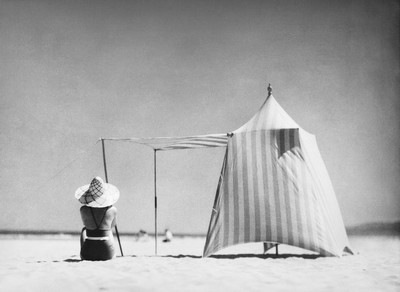 A Floating World. Photographs by Jacques Henri Lartigue (1894-1986) features more than 230 exhibits. Of these, 182 are modern prints of Lartigue’s photographs, whilst the show also includes 18 modern recreations of his stereoscopic pictures with their original three-dimensional effect. Lartigue took these pictures with a stereoscopic camera, a device very much in fashion at the time, in the attempt to capture reality in all its dimensions.

The show is completed by a section entitled The Supports of Memory, whose aim is to give visitors an insight into the different techniques that Lartigue used to create and organise his works. The section includes 23 vintage prints, produced between 1905 and 1926, as well as 3 cameras that belonged to Lartigue, some stereoscopic glasses, 8 autochrome prints (coloured photographs), four albums of original photographs and 6 volumes of the diaries and agendas that he kept throughout his life.

Jacques Henri Lartigue occupies a very special place in the history of photography: that of a talented amateur who always  spoke of painting as his principal passion and regarded photography as a secondary occupation. However, from 1902, when he was eight years old, until his death in 1986, taking photographs was like breathing for him.

Lartigue was born in Courbevoie, near Paris, in 1894, into a family of industrialists. His father bought him his first padre camera when he was eight years old, and at a very young age Jacques Henri began to keep a diary formed by photographs and short texts. This habit stayed with him all his life, and the diaries now form an extraordinary document portraying the lifestyle of a generation that discovered, amongst other things, fashion, sport, and motor racing.

Lartigue was a sickly child who soon learned how quickly his happiness could disappear. For this reason he decided to narrate his life and, through the story he told, to construct his own persona, just as, by constantly portraying it, he built his own happiness. For Lartigue, happiness is indissociable from its preservation; this joy must be retained through writing, photography, and albums – the final stage in creating his autobiography.
Throughout his life, Lartigue conserved the fresh outlook of childhood and the insatiable curiosity of youth. His photographs celebrate the present moment whilst concealing the anguish that the passing of time caused him.

Discovered by chance, late in life, in 1963, when he was nearly 70 years old, by John Szarkowski, then curator of photography at the Museum of Modern Art in New York, Lartigue became known and recognised in his native France and throughout the world thanks to the glory he achieved in the United States. In 1974, the French president, Valéry Giscard d’Estaing, invited Lartigue to take his official photograph. It was the firm friendship that grew up between the two that persuaded Lartigue to donate his entire work to the Republic in 1979.

The exhibition was organised and produced by ”la Caixa” Social Outreach Programmes in cooperation with the Donation Jacques Henri Lartigue, the body established to conserve and disseminate the donation that the photographer made to the French government in 1979, and which loaned all the pieces in the exhibition at CaixaForum Barcelona.

CaixaForum Barcelona
Av. de Ferrer i Guàrdia, 6-8
08038 Barcelona
www.lacaixa.es/obrasocial
5 May - 3 October 2010
Times: Monday to Saturday, from 10 am to 8 pm - Saturdays, from 10 am to 10 pm - Admission free to exhibitions
Email ThisBlogThis!Share to TwitterShare to FacebookShare to Pinterest